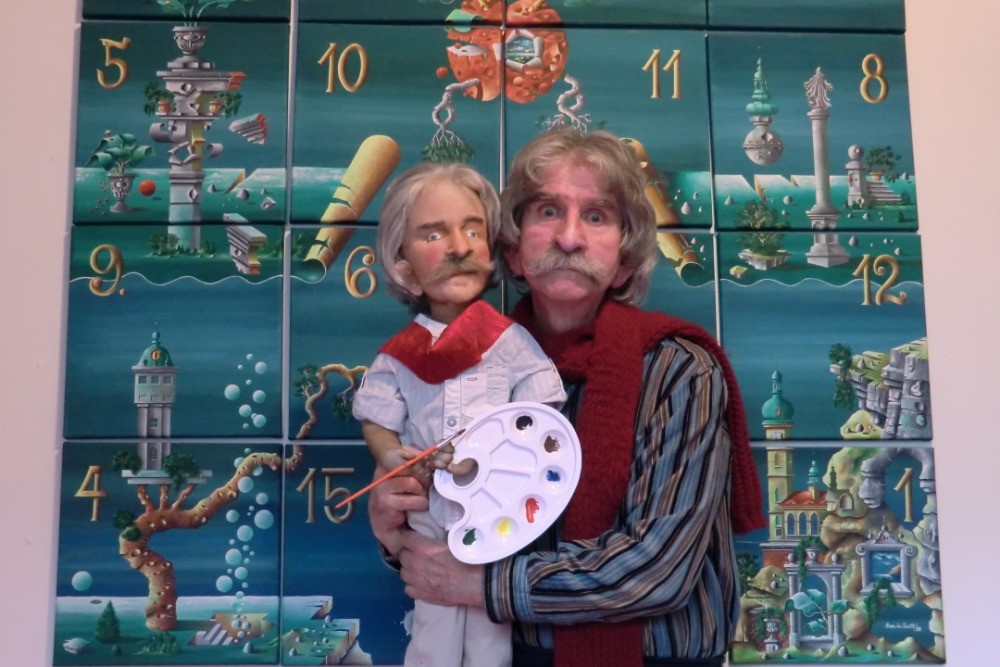 As a young boy I had a dream that one day I would become a sailor. Eventually, I was trained as a steam engine mechanic. From 1976 to my retirement in 2006 I worked as an engine driver. Nowadays, my wife Alena and I enjoy the well-deserved relax with our six grandchildren from our four daughters. During my life I have had several loves which I managed to join. I started to draw when I was at nursery school and continued at primary school, where I drew over a lot of sheets of paper and notebooks. I still keep these notebooks and papers and I am glad that I have them and can look how I drew when I was 14. I mainly drew technical things, such as rockets, space, planets, engines, and ships. Before my retirement, I drew and painted and my creations were strongly influenced by the destruction and slow extinction of my hometown Most. In my 30s, I began to paint with tempera paints and later continued with oil paints. As I have no art education, I had to find various painting techniques by myself. I´ve had several artistic periods, such a metal period when I made engines, then I made objects from hard clay (I modelled figures and heads). Now I only paint. I like to paint heaven with clouds and under them houses, churches and various things in unusual situations which I can never see in normal life. That is my world to which I escape from reality when I am have the urge to paint a new painting.